Coca-Cola HBC’s customers are partners in charity too

We are living through unprecedented times, but even in this difficult situation, there are still stories that gives us hope and makes us smile. Crisis can bring out the best in people – which is especially true to Coca-Cola HBC’s customers, who stepped up as selfless helpers during the pandemic.

Many of us might walk past the Non-Stop delicatessen every day at Nagyvárad metro station without ever noticing the eager philanthropists there. Its manager, Angéla Sebők realized how much help the hospital workers need right now, so she supplied the Szent István Hospital’s staff with four kilograms of Fornetti every day for a month.

“Since the hospital has seven department, each day a different one got the four kilograms of pastry. With this donation, we would like to give back something to hospital workers, many of whom are our regular customers. We can see that our donation reached its goal, because a different hospital worker comes to us every day to say thanks for the pastry”– said the manager. 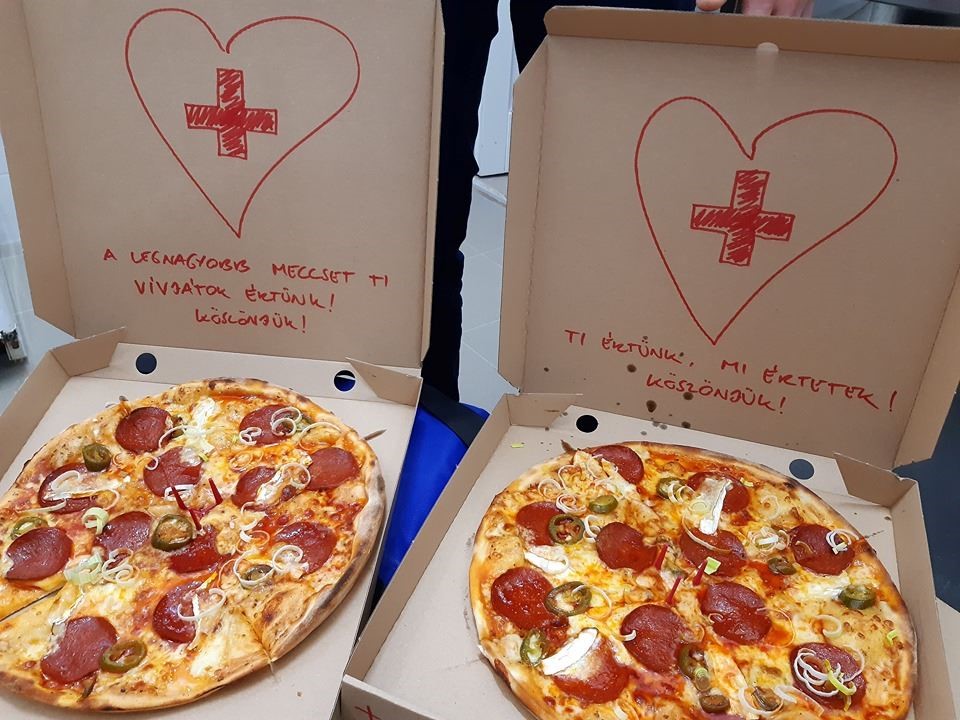 In the midst of this epidemic, the Happy Hippo – New Double Pizzeria and the PMFC’s supporters (the Pécs Ultras) also rushed to help the Coronavirus Supply Center in Pécs. They are delivering 20 pizzas to the department’s healthcare workers twice a week. 10 pizza is a gift from the restaurant and the other 10 is paid by the supporters – which they get at a discount prize, only paying for the prime costs. Up to now, they donated ten times, delivering more than 200 pizza to hospital workers, and this noble act of charity will continue in the future.

Roland László Salamon, one of Coca-Cola HBC’s Business Developers is actively participating in this pizza action, by giving a helping hand in product delivery and process coordination.

“This grassroots movement is a great example of how much we can do as individuals for a good cause. It makes me feel grateful that we still have entrepreneurs who prioritize supporting others over gaining more profit even during these dreadful times. For me, there can be no question of being fully committed to these projects, both as individuals and as members of the Coca‑Cola System“– Roland explained.