At Dreher Breweries we are proud of our nearly 170-year history, the Dreher heritage: building on local communities with a strategy of adaptation in mind, our company has passed on the tradition of brewing across generations and it permeates our operations to this day. Thanks to this heritage, people not only buy beer with Dreher, but also a piece of history, a way of thinking and a philosophy. All of this has repercussions on our staff members, who are proud of the Dreher heritage and of the Dreher team. That’s why we often emphasize that at Dreher we brew experiences, not only beer.

Our goal is to continue to build on this special heritage even in the 21st century, part of which is to pay close attention to the diversity and tolerance that have become integral parts of our modern corporate culture and strategy. For us, this is important from several aspects, as it means not only gender equality, but also the creation of appropriate and recognized jobs for up to four different generations. We are proud that there is no discrimination within the company with regard to gender, age, nationality or anything else, and we support the strengthening of an inclusive culture.

In addition, together with several international companies and Asahi Europe and International, the CEO of Dreher Breweries signed in March the commitment entitled “The LEAD Network Pledge 2020”, which, in line with our 2030 sustainability commitments, aims to create gender balance and promote diversity in the workplace. 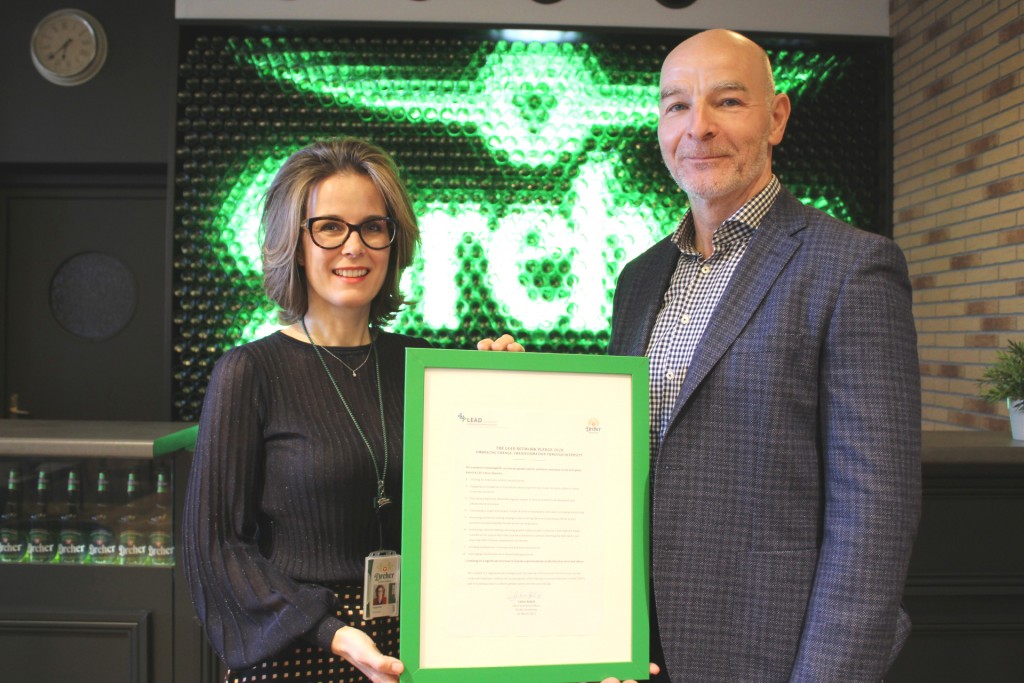 The commitment, which can be read HERE, was signed by Gábor Békefi, CEO of Dreher Breweries, accompanied by the following quote:

“Since 1854, diversity and inclusion have been firmly anchored in our history and corporate culture. Though we were given a multi-generational team as a legacy, generational, gender and knowledge diversity has become the fundament of our modern corporate culture and people strategy. We believe that different views from different colleagues deliver a rich flow of ideas and a variety of approaches to drive innovation and create an inclusive and future-proof workplace.”

The First V4 ESG Conference to be Held Online

“How circular is your company?” – The Circular Economy Academy has been launched