On the right path to the economy of the future

Tungsram’s R&D vertical farm in Budapest has won the Effekt 2030 Innovation Special Award in the category of the Economy of the Future. 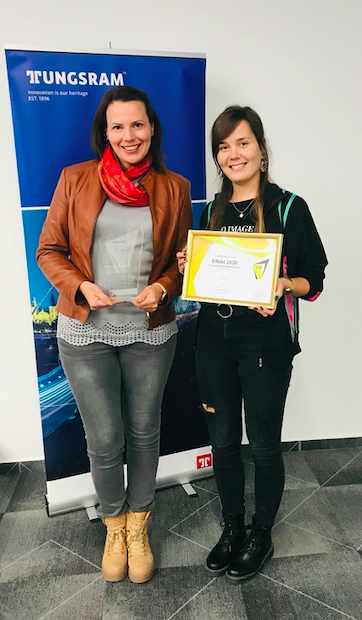 The “award for social investments” is one of the most prestigious of its kind in Hungary and is awarded annually to exemplary corporate responsibility and sustainability programs that bring measurable and presentable positive changes for society and the environment. The jury recognized the vertical farm’s innovative potential in food security for the future. This is the second major recognition of our vertical farming efforts after the Innovation Grand Prize 2020.

The award was received by Tungsram’s agritech leader, Zoltan Sejpes at a hybrid form gala.

The third place has been shared between K&H Bank Zrt. for its @K&H incubator project and Samsung Electronics Magyar Zrt. for its Megoldások a holnapért (Solutions for tomorrow) program, the second place has been won by Vodafone Foundation for the Vodafone Digital Award while dm Kft. won the category for its Giving Friday initiative in the framework of which it shifted attention from hunting bargains to charity.

We thank Effekteam for the opportunity and Zoltán Sejpes, Zsuzsanna Thierry, Szonja Kiss and the Agritech team for their contribution to this success! 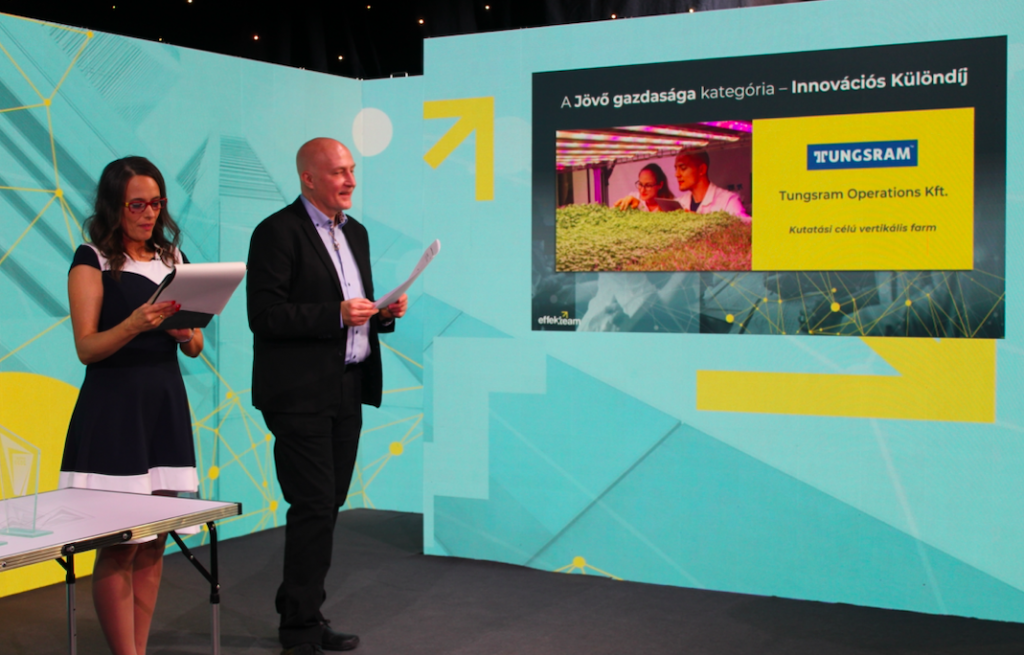 Meeting the 1.5°C target cannot be achieved without the circular economy