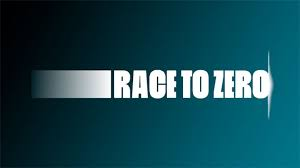 At the online “Race to Zero Carbon” event, BCSDH, the British Embassy, the Embassy of the Kingdom of the Netherlands and the Embassy of Germany are urging domestic companies to commit to a faster and more ambitious GHG emission reductions and to announce their commitments reducing the impacts of climate change.

The Race to Zero Carbon event promotes the post-pandemic economic recovery as a sustainable one and build momentum around the shift to a decarbonised economy ahead of COP26, where governments and companies must strengthen their contributions to the Paris Agreement.

The European Commission presented its roadmap, the European Green Deal in December 2019. In March, it recommended an EU climate law, that would allow the continent to achieve carbon neutrality by 2050. The EU roadmap for climate targets remains in place, but the climate regulation must also be approved by the European Parliament, preferably before the next UN COP26 climate conference postponed to 2021 due to the pandemic. They defined Hungary’s climate and energy policy and the energy transition scenario towards carbon neutrality in Hungary’s long-term climate strategy (National Clean Development Strategy) until 2050, in the National Energy and Climate Plan until 2030, also covering the strategy until 2040.

The event will be in English, without any interpretation.