From 12 May for 6 weeks, shoppers will be able to discover more than fifty new products from new suppliers in the Székesfehérvár and Zalaegerszeg regions in four INTERSPAR and eight SPAR stores in Budapest, where tastings will also be held to present the special quality food products produced in the region.

When SPAR Hungary launched the Treasures of the Regions (Régiók Kincsei) project in 2021, it had the aim of supporting local small producers and meeting the needs of customers alike: with the programme, regional centres have been or will be established in six major cities – Székesfehérvár, Zalaegerszeg, Hódmezővásárhely, Nyíregyháza, Pécs and Győr – where micro and small enterprises can supply products to the retail chain.

The two regions presenting the new range of products this time include 24 small and medium-sized enterprises which together employ around 50 people and provide livelihoods for local families. 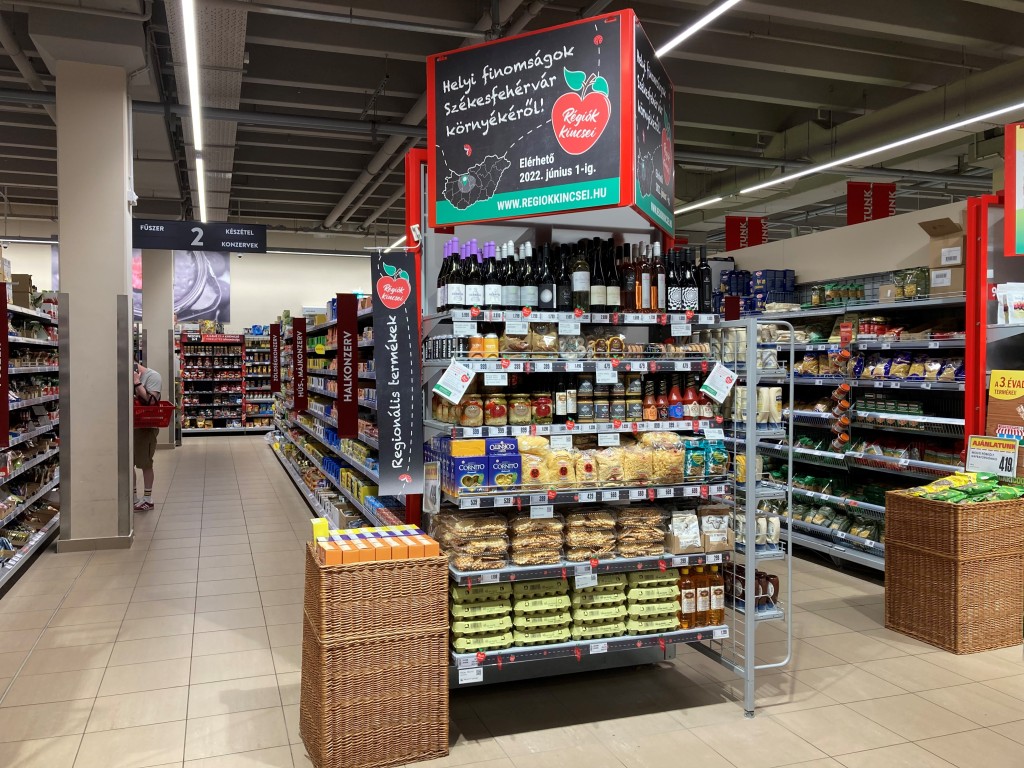 “With this initiative, we are not only improving market access for small domestic producers, helping to develop the local economy and stimulate demand for regional products, but also creating the possibility for food products to reach consumers as quickly and efficiently as possible. This will not only improve the shopping experience, but also helps the environment by cutting transportation distances, reducing transport costs and getting sustainably-produced goods onto the shelves. The Treasures of Regions (Régiók Kincsei) initiative primarily provides tangible support to small family enterprises and private businesses trading with locally-produced agricultural products to take a step forward, also supporting the economic development of each specific region,” explained Márk Maczelka, head of communications at SPAR Hungary.

Shoppers will be identify these products from the red apple logo and the “Régiók Kincsei” (Treasures of Regions) label. Many of them will be displayed in selected stores in a thematic display, also showcasing foods produced in the Székesfehérvár and Zalaegerszeg regions. The products of the Székesfehérvár region will be available from 12 May to 1 June, while those of the Zalaegerszeg region will be available for three weeks from 2 June in selected SPAR and INTERSPAR stores in Budapest.

The success of the Treasures of the Regions programme so far is also demonstrated by the fact that, in response to customer requests, the number of stores where the products are available in the Székesfehérvár region is being increased by 4 more locations.

Treasures of the Regions products are available in the following stores in Budapest from 12 May.