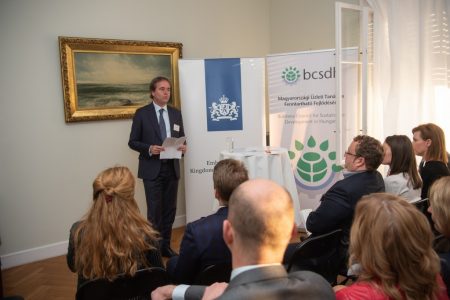 68 organizations and companies joined during the last 5 months

Another 20 organizations and companies signed the Memorandum of Understanding of the Circular Economy Platform, extending the number of the members to 68. The Platform, founded in November 2018, was officially established as an initiative of the Business Council for Sustainable Development in Hungary (BCSDH), the Embassy of the Kingdom of the Netherlands, and the Ministry of Innovation and Technology.

Following the signature ceremony at the residence of the Ambassador of the Kingdom of the Netherlands, the participants were informed about the plans and the ongoing work for 2019. The event also gave the participants an opportunity to have an informal networking as well as to discover cooperation opportunities in the field of circular economy.

“The Circular Economy Platform was created as an initiative to help the transition from a linear to a circular economy. The aim of the platform is to create collaboration and share knowledge between the corporate, governmental, scientific and the civil sector.” – highlighted Attila Chikán Jr., President of BCSDH in his greeting speech.

The European Commission published a comprehensive report on the implementation of the Circular Economy Action Plan in March 2019. According to the findings of the report, it is crucial to invest in innovation to accelerate the transition to a circular economy. To cut plastic waste, proposals from the European Commission emphasize sound and efficient waste management systems, as well as to develop markets for secondary raw materials, which are also an essential building block of a circular economy. 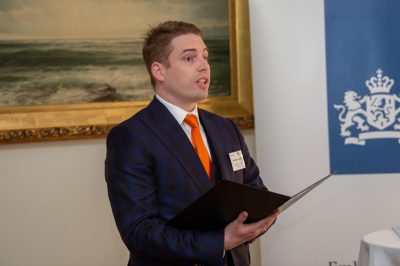 „From an environmental point of view, the transition to a circular economy contributes to the proper functioning of a sustainable, low-carbon, resource-efficient and competitive economy. Hungary may be able to play a leading role in the region.” – highlighted Balázs Weingartner, Minister of State for Sustainability, Ministry of Innovation and Technology.

“Professional work of the Platform has already begun, with the establishment of the Circular Economy Working Group. The first and most important step is to find out the state of the circular economy in Hungary, so we can set goals and start a discussion and cooperation on the most relevant issues. The results of the survey will be presented at the Circular Economy Summit on 28th of November.” – added Irén Márta, Managing Director of BCSDH, talking about this year’s plans. 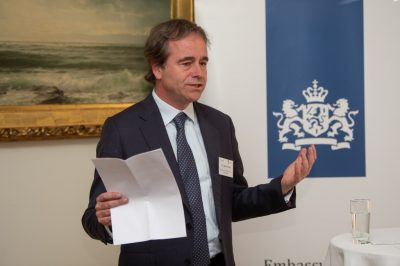 In his opening remark Ambassador René van Hell welcomed the new signatories of the CE Platform emphasizing the diversity contributing to the synergies among the stakeholders. He also highlighted the lively scene of the Dutch circular community illustrated by on-line platform called circulairondernemen.nl which provides lots of information, cross-border contacts and match-making possibilities. The Embassy will continue its support activities for going circular, including a video on the best practices and CE Summit in November. 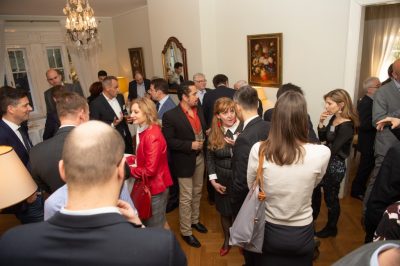 The photos of the event are available in our Gallery.

How and at what price can we keep our employees?