The customers supported this year with donation cards worth of more than HUF 18 million the Giving is Joy! Christmas fundraising campaign of the Hungarian Charity Service of the Order of Malta and SPAR. By the donations, the Charity Service can deliver food packages to ten thousand families in need before Christmas. At closing the campaign, SPAR has made a special offering: she doubled the value of the customer donations, thus helping the programmes of Hungarian Charity Service of the Order of Malta supporting needy people which can strengthen already at the beginning of 2021 thanks to the further HUF 18 million offered by SPAR. All in all, this year’s Giving is Joy! initiative ended with HUF 36 million monetary donation.

The Hungarian Charity Service of the Order of Malta and SPAR organized 24th time the Giving is Joy! campaign between 16 and 21 December 2020. During the Christmas fundraising this year, the people in need got help by the purchase of donation cards. The initiative was carried out in 105 designated SPAR and INTERSPAR stores and in the SPAR online shop as well.

„The coronavirus pandemic has changed fundamentally our every day lives and set us new challenges. Although, this difficult situation has also pointed out how much it is needed that people help each other as far as possible. It is a pleasure to SPAR Hungary that during a pandemic, we could organize again together with the Hungarian Charity Service of the Order of Malta our traditional Giving is Joy! fundraising campaign. We would like to say thank you to our customers that they testified also this year their solidarity and contributed to the success of our initiative by their donations which we wanted to increase further, therefore we decided to double the value of the donations offered by the customers. Finally together with this, the result of the Giving is Joy! campaign was HUF 36 million monetary donation” – said Márk Maczelka, Head of Communications at SPAR. 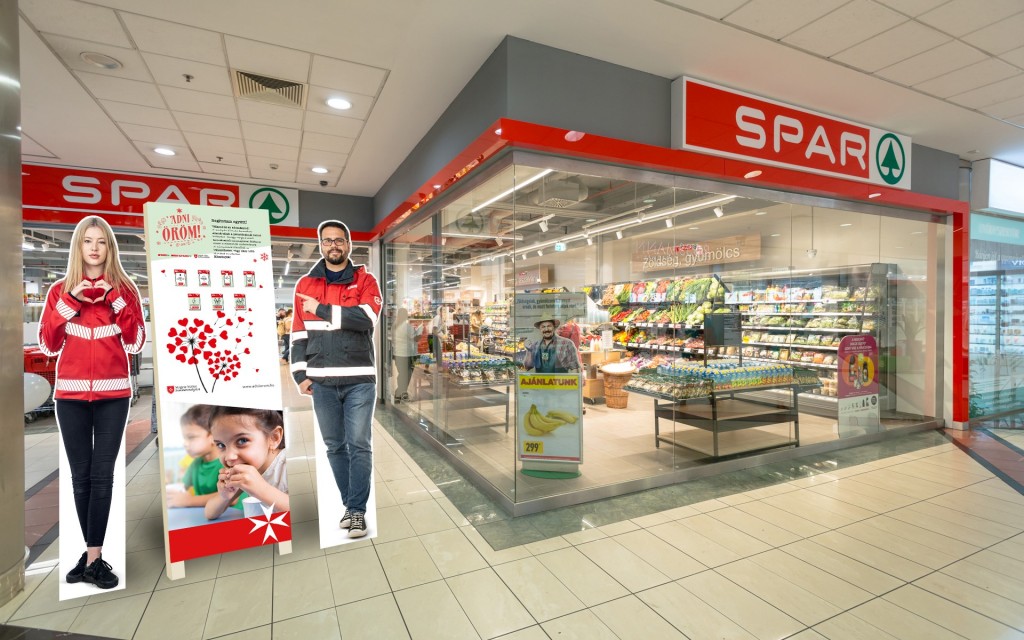 The customers of SPAR and INTERSPAR stores has contributed to the charity initiative with donations worth of more than HUF 18 million. The Hungarian Charity Service of the Order of Malta has bought from this amount non-perishable food that was enough to ten thousand food packages which were delivered to the people in need before Christmas. The donation of SPAR helps that the needy people can get significant support in 2021 as well.

„The food packages are given to those families in need, elderly people left alone, people living with a disabled relative in difficult circumstances that are supported by the charity service. The packages are delivered by the workers of the charity service on the basis of an address list compiled in advance, and the homeless people can receive their packages in daytime warming shelters. We are really grateful to the customers, who also gave help in this new situation that we could make ten thousand food packages to the families in need” – said Tamás Romhányi, Head of Communication at the charity service.

The slogan of this year’s fundraising was also „I had another family”. This means that by their unselfishness, more and more people are bound together unknown helping each other. The charity campaign had also a surprise in 2020. Public personalities, TV characters as Nóra Ördög, Adrienn Marton, Edina Kulcsár, András Szabó „Csuti”, Andi Molnár and Anett Czippán sang together one of the most beautiful Christmas songs. Anyone could join to the recording of Silent Night via the website www.adniorom.hu, a common video was also made from the recordings.

The First V4 ESG Conference to be Held Online

“How circular is your company?” – The Circular Economy Academy has been launched